I was getting ready to fix breakfast yesterday when I heard the distinct voice of the currently most famous dictator in South America pontificating from the television where Ade was watching the morning news.  A Peruvian station had picked up the news feed from Venezuela’s national news organization, and they were broadcasting Venezuelan President Nicolas Maduro’s speech on what their national station was labeling “Día de la Dignidad Nacional,” or the Day of National Dignity.  (It was actually a commemoration of 27 years since a coup attempt that launched Hugo Chavez into the limelight. Chavez was the socialist president / dictator who led Venezuela into their current mess.)

We were quite interested in Maduro’s speech, given the recent news events from Venezuela, as the opposition leader Juan Guaidó has been declared (and recognized  by most countries, including the U.S.) as the legitimate interim president of the country.  We also have a bit of a vested interest in what happens in Venezuela, because it’s greatly affecting Peru through the flood of migrants (over 600,000 reported by Peru’s Migraciones office) who are looking for jobs here.  But most importantly, we have Venezuelan friends, and through them we have seen the face of suffering brought on by this socialist regime.

So I left breakfast till later and watched Maduro’s speech with interest.

Now, watching Latin American governments fall apart is no longer new or shocking to me; during my first five years in Peru I saw this take place in four different countries.  I was downright scared the first time this happened in a neighboring country, and I have to admit to standing in front of a bank of TVs in a store in Lima, sobbing in fear when a news anchor announced that the Peruvian president had fled the country and his government was falling apart.  (All of the Peruvians watching that report broke out in cheers!) But what’s happening in Venezuela is different.  There’s no way I can briefly explain, or even completely understand the political situations in each case, but in a nutshell, the majority of the government breakdowns that I’ve witnessed were caused by dishonest politicians and / or economic crisis.  Yes, people suffered, they were poor, didn’t have good educational options, etc.  But they weren’t fleeing their countries en masse, and for the most part, all of those countries bounced back rather quickly once new leaders were put in place.

But in Venezuela, the entire government system is wreaking havoc on her people, leaving them without adequate food or medical care, and sometimes without even a place to bury their dead.  The UN has estimated that 3 million Venezuelans have fled the country since 2015, a number that could rise to 5 million by the end of this year.  This does not even come close to fitting into the same category of the other four Latin American government breakdowns that I’ve seen.

So, back to Nicolas Maduro’s speech yesterday and to what I learned from two Venezuelan girls that afternoon…

These two young ladies share a tiny apartment with Luis’s violin teacher, so while we waited for Miss Miri to arrive, I asked them if they had seen the president’s speech.  They hadn’t; I don’t think they can afford a TV.

“What did he talk about?” they eagerly asked me.  “Did he threaten to kill a lot of people?That’s what he always does.”  Yes, actually he did.  He threatened President Trump and the president of Spain.  He also made some veiled threats to his own military and police force, whose loyalty, according to our Venezuelan friend Carlos, has been bought by the regime.  (Carlos said that it’s obvious who has a military job, because they are the only people in the country who still have cars and other material possessions.)

When I mentioned to the girls that I was surprised to see a large crowd attending the speech, they informed me, “No one goes to see his speeches anymore; he just uses old footage from previous news reports to make it look like there’s a crowd.”   Which I guess is easy enough to do when the government controls all of the media.  Which, of course, is one of the first things that happens with a socialist government.

So this brings me to a few comments for all of the young Americans who are infatuated with the idea of socialism.

Almost ALL of the Venezuelans that we have personally met or have seen  working in different cities and towns in Peru are YOUR AGE.  All of them have fled their once-beautiful country because of the ravages brought on by socialism during the  past 20+ years.  Our friend Carlos said, “If anyone ever tries to tell you good things about socialism, don’t believe a word.  It’s all lies!”  Carlos lost his business in Venezuela and had to give up custody of his 8 year old son when the boy’s mother found a way to flee to Spain.

Carlos’ brother Luis lost his job at a public radio station when he was no longer willing to play the president’s propaganda.  A professional musician, he had to sell his guitar and piano in order to scrape together enough money to come to Peru. He works part-time printing a local newspaper here, and also washes dishes in a restaurant.

Tiago is a beautiful 10 month old boy who is already walking and trying to talk.  He giggled with laughter and wanted us to clap for him when he crashed on his bottom while attempting  to run.  His father studied a professional career in Venezuela, but here he scrapes out a living by making popsicles and selling them on the street.

Miss Miri, Luis’ violin teacher, was also a professional musician, playing for a national symphony orchestra.  She now walks the streets of our town selling sandwiches and traditional Venezuelan arepas, and she tries to add to her earnings by giving private lessons.  The two young ladies who share Miri’s tiny apartment told me that they would go back to Venezuela in a minute if President Maduro is taken out of office and the opposition leader is given a chance to bring back some semblance of order.  But they also know that it will take years for their country to bounce back, since pretty much all of the businesses have collapsed and the business men and women have left Venezuela.

So this is what socialism offers to young people like you.  I wish you could meet these young Venezuelans, to see the faces of real people escaping a socialist regime.  They’re friendly and beautiful and hard-working, and living over 1,000 miles away from where they really want to be.  All they want is a chance to go home and live a normal life.

5 thoughts on “Socialism, Venezuela’s implosion, & a message to American youth” 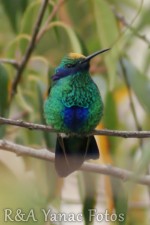 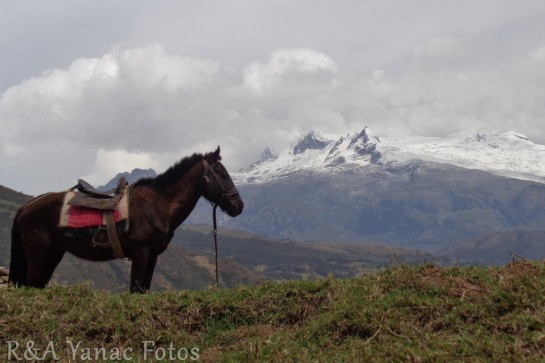