Early on a Thursday morning in October we packed our trusty Toyota pick-up and turned onto the paved road heading south out of our beautiful mountain city of Huaraz. This was the first day of an epic 1,260-mile trip, taking us from the highest mountain in Peru down into the lowest jungle and back again. We drove through all 8 of Peru’s diverse biological/geographical zones in the following 9 days, making memories and taking lots of pictures along the way.

For those of you interested in science, I will briefly describe each geographical zone, and for those who like pictures, there will be plenty of them! I’ll include a few facts for history lovers, too. So buckle your seatbelt and come along for our ride!

Our city of Huaraz (pictured above) sits right in the middle of the bio/geo zone aptly named “Quechua.” This region (2,300-3,500 meters above sea level) is characterized by high mountain valleys and a temperate climate that provide good grazing for livestock and fields for growing grain and tuber crops.

A little over an hour’s drive south (and up), we crossed into the Suni or Jalca region, a cold, treeless zone found between 3,500 – 4,000 meters above sea level. Passing Laguna Conococha we were excited to see a flock of Chilean flamingos visiting this cold, high altitude lake. This was also our first opportunity to teach the boys some of the local toponyms, as the name of the lake comes from two Quechua words: “Cono” – warm, and “cocha” – lake.

Shortly after passing Conococha the imposing Huaywash Mountain range sprang into view. Ade used to hike through these mountains on a fairly regular basis and he still loves the rugged lonliness of the place. I took my very first Andean trek ever through these mountains 21 years ago, accompanying Ade and a group of German tourists on Ade’s last “business” trek. I’ll be honest and admit that the experience was rather difficult for this flat-land Ohio girl! I was happy on this recent driving trip, however, to hike a short distance from the road where I snapped some great pictures of sheep grazing on ichu with the Huaywash range in the background.

We homeschool the boys, and in keeping with all good homeschool families, I was planning on counting these 9 days as school days, looking for teaching opportunities along the way. That’s not hard to do in Peru, where there are historical ruins, biological and geological wonders, and a plethora of cultural experiences at every turn in the road.

This rock formation is a case in point. I call it the “Inca’s head” because it looks like Inca Pachacutec gazing up at the Inti, which was their sun god. More importantly, however, this picture illustrates the upright and folded rock layers that are so common in our part of the Andes Mountains. Thanks to the fact that their teacher (me) grew up with a mom who was an enthusiastic creation science teacher, my boys know that we can’t pass a rock formation like this without talking about how it was most likely formed in the aftermath of the catastrophic world-wide flood during Noah’s day. (Science lesson for the day complete!)

Several hours into our drive across the mountains hunger set in, so we stopped by the side of the road for some Andean fast food – “chicharrones and mote.” Mote is similar to parched corn, and chicharrones are large chunks of pork boiled until the water all evaporates, leaving the meat to cook down in its own fat. (Yes, we eat this and it’s probably fattening, but it tastes amazing!)

Not long after our “fast food” stop it started hailing… really hard! Ade drove bravely through the marble-sized hail, swishing through the mud dangerously close to the edge of the mountain roads, most of which had no guardrails. The noise of the hail was so loud that no one but God heard my nervous prayers. (I was also glad to be following behind this very slow dump truck because it kept Ade from driving too fast through the hail and mud!)

After a 10 hour drive (thanks to lots of construction stops along the way) we arrived safely in Huanuco, where we enjoyed spending time with our Wycliffe colleague Alex and his new wife Patty.

Ade met with members of JAWCA, a Quechua partner organization that is promoting Scripture use among several Quechua languages, while the boys and I had lunch with Alex & Patty: pizza from Pizza Hut – a real treat since we don’t have that restaurant in Huaraz! We took off in the late afternoon for the high jungle town of Tingo Maria, passing some fields of beautiful hydrangeas along the way. This is the area where the Panao Quechua people live. Between 1,000 -2,000 meters above sea level, this zone sits right in the middle of the bio/geographical region known as Yunga Fluvial.

The barely-two-lane switchback road down to Tingo Maria is very busy, since this is the main thoroughfare from the deep jungle up into Huanuco and on to Lima. We spent most of the 2-hour drive trying to pass the slow moving trucks carrying goods down to the jungle while not being hit by even larger trucks loaded with huge trees from the Amazon on their way to Lima. The mountain scenery gave way to “ceja de selva” (eyebrow of the jungle) scenes, including the light green fields high on these hills where coca is grown.

We arrived in Tingo Maria on the weekend of the town’s anniversary, so most of the hotels were full and we spent at least 2 hours looking for a place to stay. By then it was dark, everyone was hungry, and a thunderstorm rolled in while we were eating some strange sort of jungle fish at a roadside stand. I think maybe Danny and I were eating a chunk of eel and I wish I had taken a picture, but because of everyone’s “hangry” state of mind and tiredness from two days of driving, I don’t have any other pictures from our time in Tingo.

So… it’s time for a good rest in a second-rate hotel rather confusingly named “The Great Wall.” Come back tomorrow to join us for part 2 of our epic adventure. 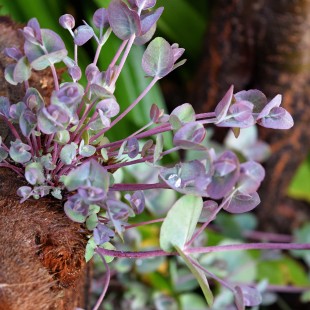 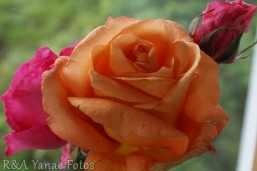